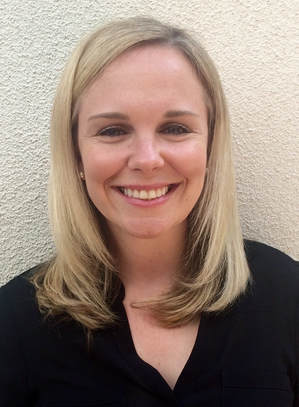 ​Ms. Gold received her Bachelor of Arts Degree in Music from UCLA, where she had the privilege of studying with world-renowned percussionist, Mitchell Peters. She also holds a California Teaching Credential (Music) from UCLA and a Masters in Music Education from Michigan State University. Ms. Gold taught instrumental music in the Los Angeles Unified School District for six years. While in LA, she was the band director and music department chair at Millikan Middle School Performing Arts Magnet. She has extensive experience directing various levels of concert band, orchestra, jazz band, and percussion ensemble.

In 2012, Ms. Gold relocated to San Diego where she served as the band director at Ada Harris Elementary in Cardiff until 2017. During her tenure, the band program doubled in size to over 130 participating students. Cat was also an Artist-in-Residence for the San Dieguito Union High School District and served as the percussion coach for the Artistry in Music Band Program. Ms. Gold has been the band director at both Oak Crest and Diegueño Middle School since the fall of 2017.

Cat lives in Carlsbad with her husband and energetic young son. In her free time, she enjoys hiking, cooking and going to see live music. She is thrilled to be leading the bands at Oak Crest and believes every child deserves a music education!